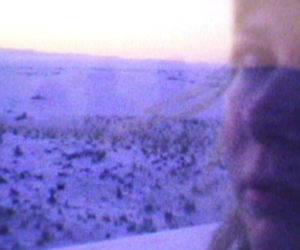 Alexis Powell is an interdisciplinary performer and director. She has created original work with her ensemble, Hearsay & Hyperbole, since 2012 (OK GURGLE, All Them That Weave The Wind, An Invitation to Sleep, Thank You For Calling), and often incorporates projection, live music, and multi-channel soundscapes. Alexis composed and performed music for Sibyl Kempson’s Sasquatch Rituals at the Kitchen as well as in Kempson’s 12 Shouts to the Ten Forgotten Heavens at the Whitney Museum. She holds an M.A. in drama therapy from New York University, and was recently commissioned by NYU’s As Performance Lab to devise and direct an arts-based research performance exploring Queerness with playwright and actor Jess Barbagallo, called “Not For Resale” (Provincetown Playhouse/Dixon Place), for which she received the 2018 NADTA Performance Award. She is the recipient of the 2013 Danish Visiting Artist Residency and a 2015 Brooklyn Arts Council grant for her multimedia installation/performance/experience “An Invitation to Sleep”. Alexis is a founding member of the Meerkat Media Arts Collective.