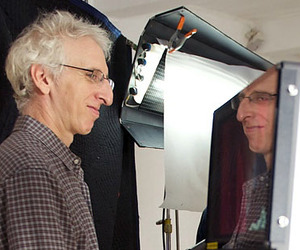 Ben Shapiro is a documentary storyteller and cinematographer whose work spans television, film, radio, and new media. His projects and collaborations have appeared on HBO, National Geographic, Sundance Channel, CBS, NPR, and at museums and galleries including MoMA, and have received numerous awards including the Peabody, DuPont, AFI, and Emmys. His feature-length documentary about the noted photographer, "Gregory Crewdson: Brief Encounters", is now showing theatrically and on television internationally.