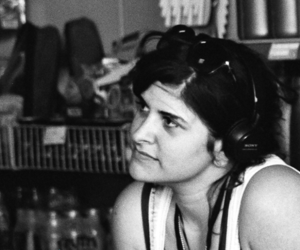 Bridging the oceanic divide between her homeland Turkey and the United States, Esra Saydam has been a producer, screenwriter and director for several years now, with a master’s degree in Creative Producing from Columbia University in New York. Her first short film, Fair Lawn (2010) screened at festivals, Seattle FF, !f Istanbul and San Diego Latino. She founded her production company, Karlakum Film in Istanbul and co-directed her first feature film, Across the Sea (2014). The film won six awards at the Golden Bolls and other prizes at Slamdance, Milano, Skyway and Woodshole. It also screened at festivals, Florida, Sarasota Raindance and Warsaw. Her next project, Clown is Down, was a semifinalist in Bluecat Screenwriting Competiton. It attended IFP's No Borders Section, Sundance Screenwriters' Lab in Istanbul and Cine Qua Non Lab in Mexico. It also participated in EAVE's Ties That Bind Coproduction Market. Esra offers production services to foreign projects like The Music of Strangers (HBO) and Rebel Music: Turkey (MTV) in Turkey. She is the co- founder of the Film Fatales chapter in Istanbul. Esra has also a Brooklyn-based production company called Sand & Snow Films.