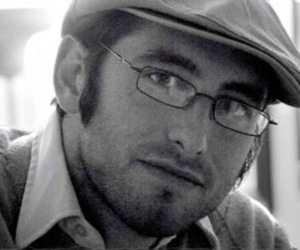 Jimmy Ferguson has won numerous awards for his films including Louisiana Filmmaker Of The Year and, most recently, a grant from the Jerome Foundation. He is also a distinguished multi-award-winning cinematographer.

Jimmy was raised between Belgium and America, and spends much time living and working in Latin America. He studied philosophy at the top-rated University of Pittsburgh. He films around the world exploring themes such as sense of identity and human connectivity in our globalized society.

Jimmy co-created the music video for Pearl Jam’s “Gone”, and his films have premiered at Newport Beach, Mill Valley, Salento International, and Cannes Film Festivals. His work has repeatedly won honors including best drama, best cinematography, and highest audience rating. Jimmy's current feature, "Am I Don Quixote?" was featured in IFP's Spotlight on Documentaries and will premiere in late 2016.

Jimmy's creative work extends into dance-theater and live video-projection and interactive storytelling. He has taught courses in film production, curated film series at museums and festivals, spoken on film panels and served as juror to film festivals and grant organizations.