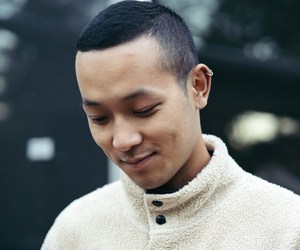 Born and raised in Vietnam, Ostin Fam attended Wesleyan University where he earned a BA in Film Studies and a minor in East Asian Studies. In addition to graduating with high honors, he was the recipient of the Steven J. Ross Prize, awarded to the best senior film thesis. His work seeks to elevate underserved narratives, but rather than attempting to capture the existential pain that comes with underrepresentation, he tries to hone in on the specifics of experience. This notion of cultural fluidity has become a focal point in his work; how we reconcile our identities in different lands with different customs. His future projects strive to touch on the idea of remnants left by the war, be it physical or political, as a way for him to indirectly assess the collective past traumas that happened decades before he was born. Ostin is in the process of finishing his first feature screenplay, Small Wars.