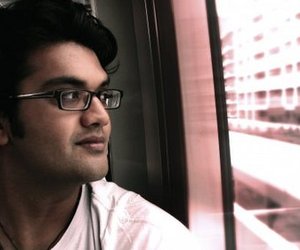 Shahir Daud is a writer/director who was born in Fiji, grew up in New Zealand, went to college in California and now lives in New York. He loves all things cinema, and hates talking about himself in the third person.

His two most recent projects include "La Loteria", a Spanish language short film based on the true story of how he and his wife were married, as well as "Cymatics" a collaborative music video with musician Nigel Stanford based entirely on real scientific experimentation.