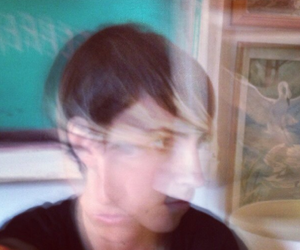 Tamar is an Israeli writer, director and editor, living and working in Brooklyn. She’s interested in serious documentaries and funny narratives.

Her mid-length feature film – “The Other War” (2008) – got a lot of media attention for it’s straightforward take on gay lead characters and militarism. Her latest endeavor, “Disregarding Gaza”, is a short documentary that examines the absence of Gaza and the Palestinians from the Israeli mainstream media and 2015 elections. Tamar is now in development of her first feature: a dark comedy-drama titled “Wild Animals”, set to shoot in the spring of 2016. Her previous feature script - “The Mission” – is signed with Tender Productions (Israel) - the company behind “Hatufim” and it’s American adaptation - “Homeland”.

Over the last decade, Tamar has edited TV shows, documentary films, feature films, trailers, promos and music videos for clients ranging from Disney, Dell and Intel, to Bob Dylan’s “Like a Rolling Stone” interactive video, (named music video of the year by Time Magazine, and winner of the Webby editing award). She had also has edited the vastly popular Israeli documentary "Paying for Justice", which sparked a media storm in-country and led to Parliamentary action, as well as the Berlinale featured short “Grown Up”. She was closing editor on both “Patrolman P” (DOC NYC), and “Concussion”, (Sundance select, Special Jury Prize Winner Berlin, Karlovy-Vary).