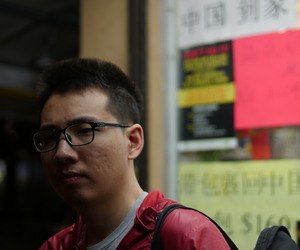 Growing up until his 20s in Space town(Chinese NASA) in suburban Beijing, Jia Zhifan moved to New York City in 2012, and graduated from Columbia University in 2014. While living in Brooklyn Chinatown, New York, he wrote and directed his first short film "Ke Ni" in 2015. He is particularly interested in contemporary China, trying to mix brutal social reality with fantasy. Zhifan is selected into the workshop with Herzog in Cuba in 2017. He is now in Beijing to finish his first feature film.