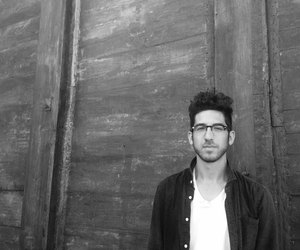 Adam Golfer is a photographer and filmmaker based in Brooklyn. He holds a BFA in Photography from MICA and an MFA from the Interdisciplinary Studio Arts program at Hunter College in New York. His short films “Router” and “We’ll Do the Rest,” look at the socio-psychological spaces between histories, where complexity and contradiction challenge the way we understand the past, present and the future. Golfer utilizes mediums of representation to scrutinize how events are recorded, refracted and retold. Echoes of his own family histories are often present, although the geography time and place may be entirely different.

Recent exhibitions of his work have been shown at 205 Hudson Gallery at Hunter College, Booklyn, the Camera Club of New York and the 92nd Street Y in New York. His commissions have appeared in The New York Times, FT Weekend, Art21, TIME, Harper’s, Die Zeit and FADER, among others.


In September 2015, Golfer's solo exhibition at Booklyn, “A House Without a Roof,” was a critic’s pick in Art Forum. With generous grants from the Elizabeth Firestone Graham Foundation and the Puffin Foundation, the subsequent book was published in 2016. “A House Without a Roof,” was shortlisted for the Paris Photo-Aperture Foundation First Book Award, the Mack First Book Award and was awarded the Snider Prize from the MOCP in Chicago.