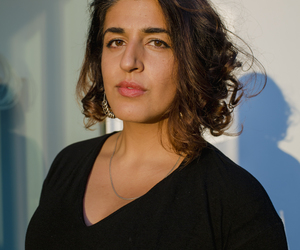 Sana A. Malik is director, producer and writer living in New York City. As a filmmaker, Sana’s work examines how immigrants navigate new spaces and stand against the most crippling systems, while also touching on stories of loss and separation with tenderness and beauty. She co-directed and produced the short documentary, GUANAJUATO NORTE, which won a BAFTA Student Film Award, currently streaming on the New Yorker Magazine’s documentary channel. Her scripted short film, AWAY, TOGETHER, which she wrote and directed is currently touring several festivals including Toronto Reel Asian Film Festival and Santa Fe Independent Film Festival, where it won an award for Best Narrative Short.

Sana is a trained journalist and previously worked in public health risk and communications globally. This background gives her the unique worldview to tell deeper stories about systems and the people affected by them. She has produced work for Frontline PBS, Axios on HBO, the BBC and MTV. She is the founder of an independent media company for women of color filmmakers called This is Worldtown. Sana is a graduate of Columbia University's School of Journalism, the University of London (LSHTM), and the University of Toronto. She is a member of the Meerkat Media Cooperative, the Brooklyn Filmmakers' Collective and Brown Girls Doc Mafia. She is also a part of the BAFTA Newcomer Talent Initiative.