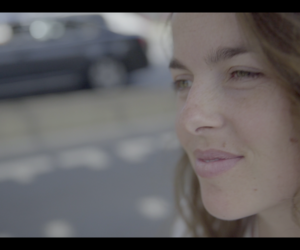 Sofia Geld is a Brazilian producer and director. She has produced for the celebrated directors Chai Vasarhelyi, Petra Costa and Kristi Jacobson. Sofia produced the New York Times OpDoc "What if He Falls", Saleem Gondal's "Super Sonic" which premiered at the TIDE Film Festival, and is currently hired by Netflix to produce one of their documentary series. She is currently producing and co-directing the feature documentary “BEBA”. The project is currently in post-production with a projected release for Fall 2021 and is supported by IFP, NYSCA, WMM, DCTV and Kickstarter. Sofia directed a video installation which was exhibited by DESPINA in Rio de Janeiro titled 'Palavras Cruzadas' an immersive documentary experience. Sofia worked as an impact producer at Skylight Pictures on the feature films Rebel Citizen and Disruption. She directed the monthly human rights themed #RESIST screening series in collaboration with UnionDocs, Skylight, WITNESS and Remezcla. Sofia received her B.A. from Bard College and was a 2014 UnionDocs Collaborative Studios fellow.